Why I dont recommend a homoeopath….

We all get asked. I have a policy of not suggesting a name if I dont know anyone personally. I found it to be a fatal error to do so.

“……..You look so elegant, a long neck, for these reasons I am going to prescribe SWAN 1m for you….”

“………..You said you felt like you were drowning in problems, that your business was under water, for these reasons I am only going to look at sea mammal remedies for the similimum….” 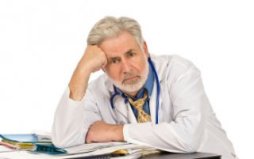 At some point I gave up on mainstream homoeopathy. The therapy has lost its way. The people who use the medicines, I am loath to call them homoeopaths, have succumbed to the quasi healer thinking in the schools and never did learn to be physicians, instead relying on disparate teachings of the sensation method and mentalisations rather than solid prescribing symptoms. Most have not read the Organon or understand disease process and prefer to put their trust in the Universe rather than Hahnemanns directions.

A few year ago, a well known female homoeopath, prominent in her public persona and a staunch supporter of Sankaran, got very sick with food poisoning… for some reason she called me. I noted the symptoms, prescribed and waited on the phone with her as the medicine did its work and cleared the system.  She never acknowledged it. Later I saw her lauding the power of the remedy but neglecting to mention me or the help she received. She did not have much to do with me after the episode… too embarrassed I guess that a person who practises in the Hahnemannian way saved her life.

Some of the modern provings are based on dreams, and used even though the person who had the dream NEVER took the remedy! Yet vast swathes of modern prescribers use the remedies and swear by their effectiveness, only to later drop the remedy from their medicine kit and privately admit they were not effective.  This because the proving overseer is a ‘master practitioner’.  This is a another fallacy simply because a well trained homoeopath would never let such a poorly tested and proven remedy see the light of day.

A colleague of mine in another country, is constantly amazed when talking to recently graduated practitioners that they know little or NOTHING of the Organon. “How can they treat people without knowing Hahnemanns instructions? she asked……… I just shrug.

We need to clean up our profession.

This entry was posted in Admin Comment and tagged Homeopathic training, homeopathy. Hahnemann. Bookmark the permalink.

2 responses to “Why I dont recommend a homoeopath….”